GAF Energy, the leading roofing manufacturer in North America, has been developing a new solar roofing shingle system that is not only energy-efficient but also durable and attractive. GAF’s ultimate goal is to make the solar shingle as easy to install as asphaltic tile, so that the system can be installed by a roofing contractor rather than a skilled solar installer.

While the solar shingle itself is rather durable and defined, other aspects of the system required further development. This included the raceway, or path where the electronic cabling passes through. This is found along the edge of each solar shingle. When solar shingles are stacked up on the roof, these sections form a channel, creating a raised feature across the roof. However, this feature—functional though it was—distracted from the system’s appearance. Frustrated with their internal design attempts, GAF turned to Mighty Studios for some out-of-the-box thinking.

Our internal team analyzed the CAD models against real-world installs and discovered overlapping features and overlooked details such as irregularities and compounding tolerances. In addition, GAF’s laminating process of solar shingles resulted in an uneven mounting surface. As it turns out, their original parts cannot be mounted as accurately as their CAD model depicted. It is a well-known fact that construction tolerances are intentionally loose (0.125” – 0.25”), as the majority of a residential structure is wood—an organic material which expands and contracts—based on temperature and moisture.

These irregularities can create challenges for roofers who install the solar system because these professionals must contend with such anomalies as warped roofs, sagging boards, residential construction tolerances, environmental factors, among other issues.

With maximum functionality and an improvement in aesthetics as our goals, we added curvatures to flat surfaces, making it hard to spot visual distortion in surfaces. In addition, the crowned surfaces we designed are stronger and resist warping, similar to crowned car body panels. We also added flexible waterproofing skirts, which allowed the parts to conform to surface inconsistencies. Our design proved superior to GAF’s original idea where wire covers were designed as rigid parts with unforgiving assembly features. 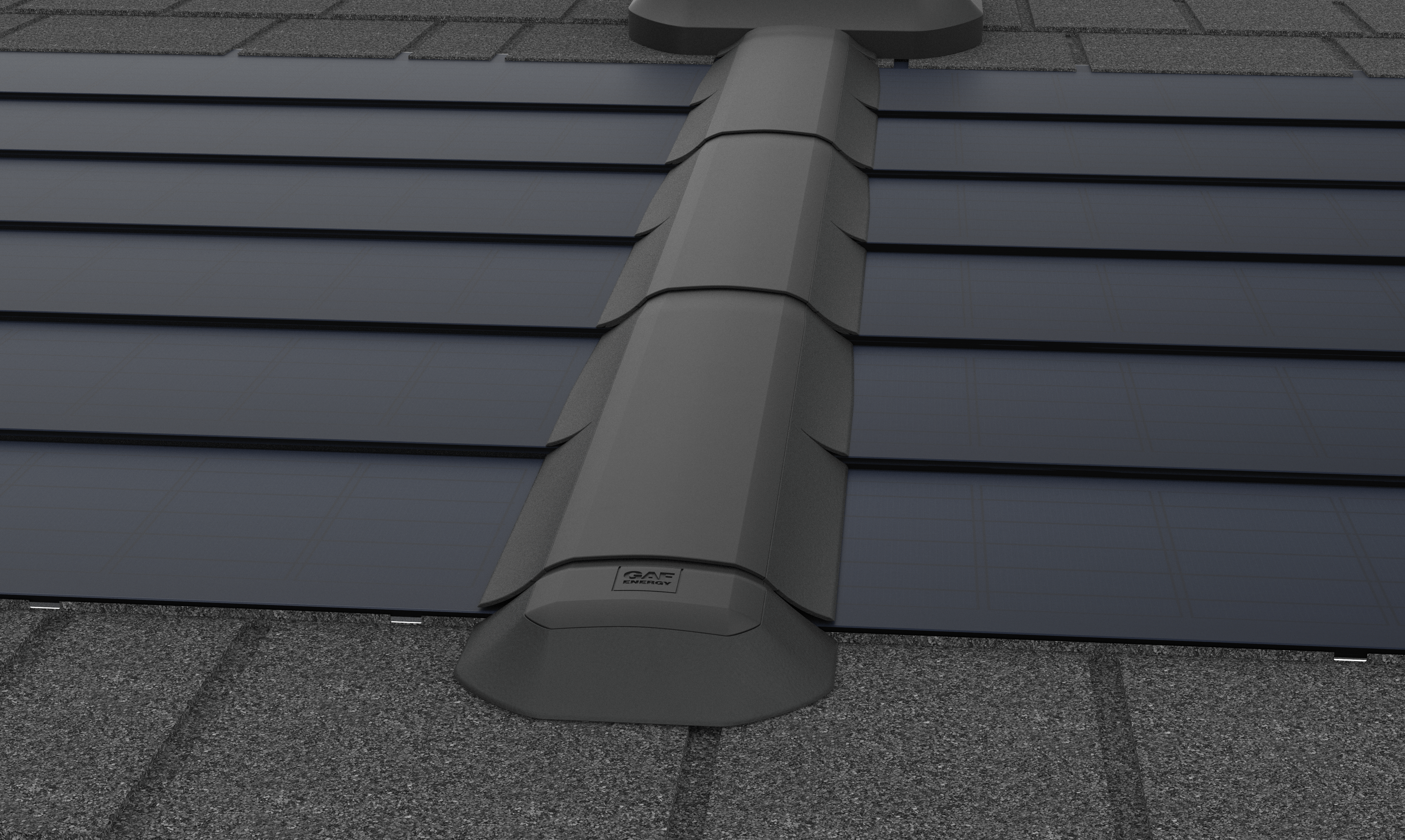 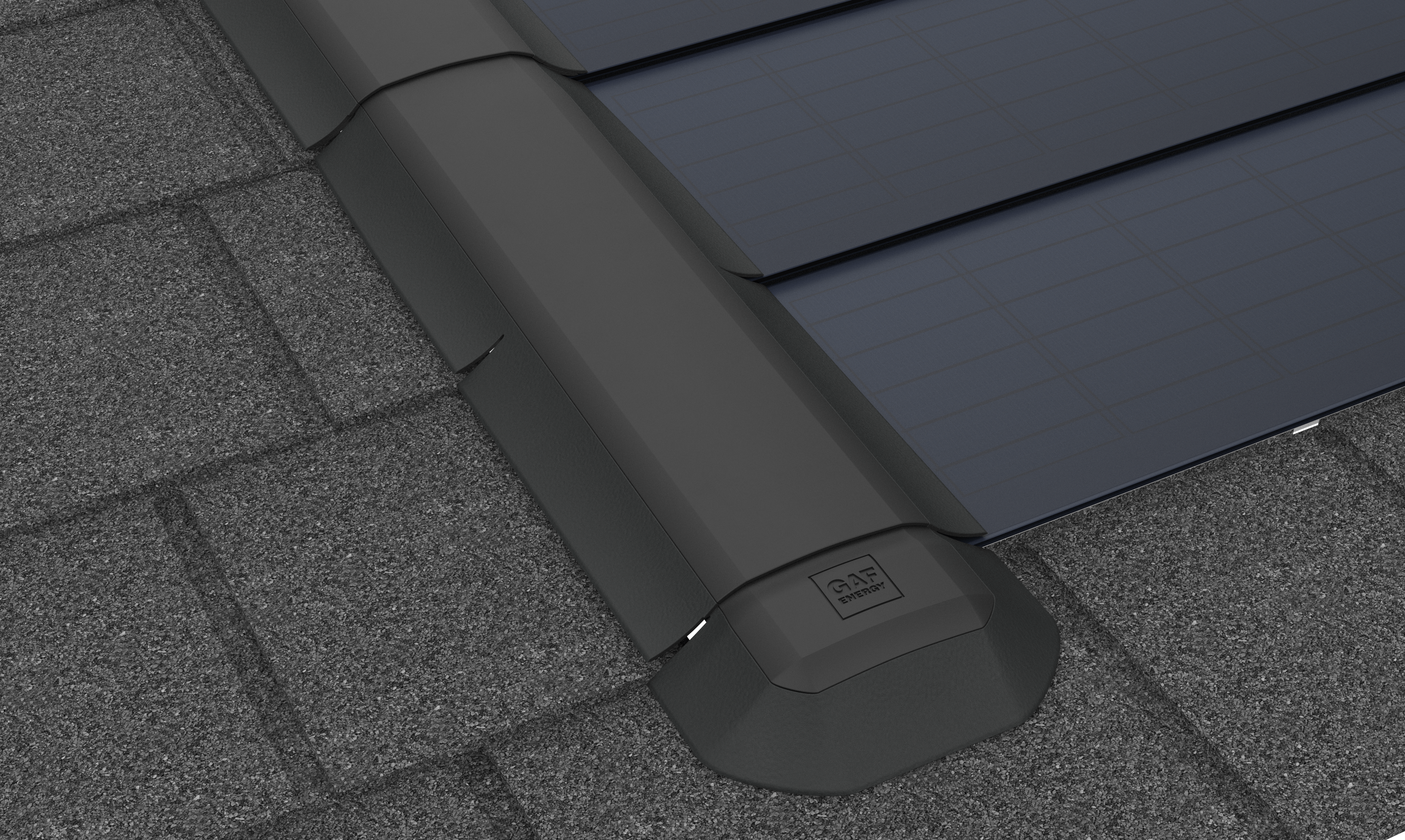 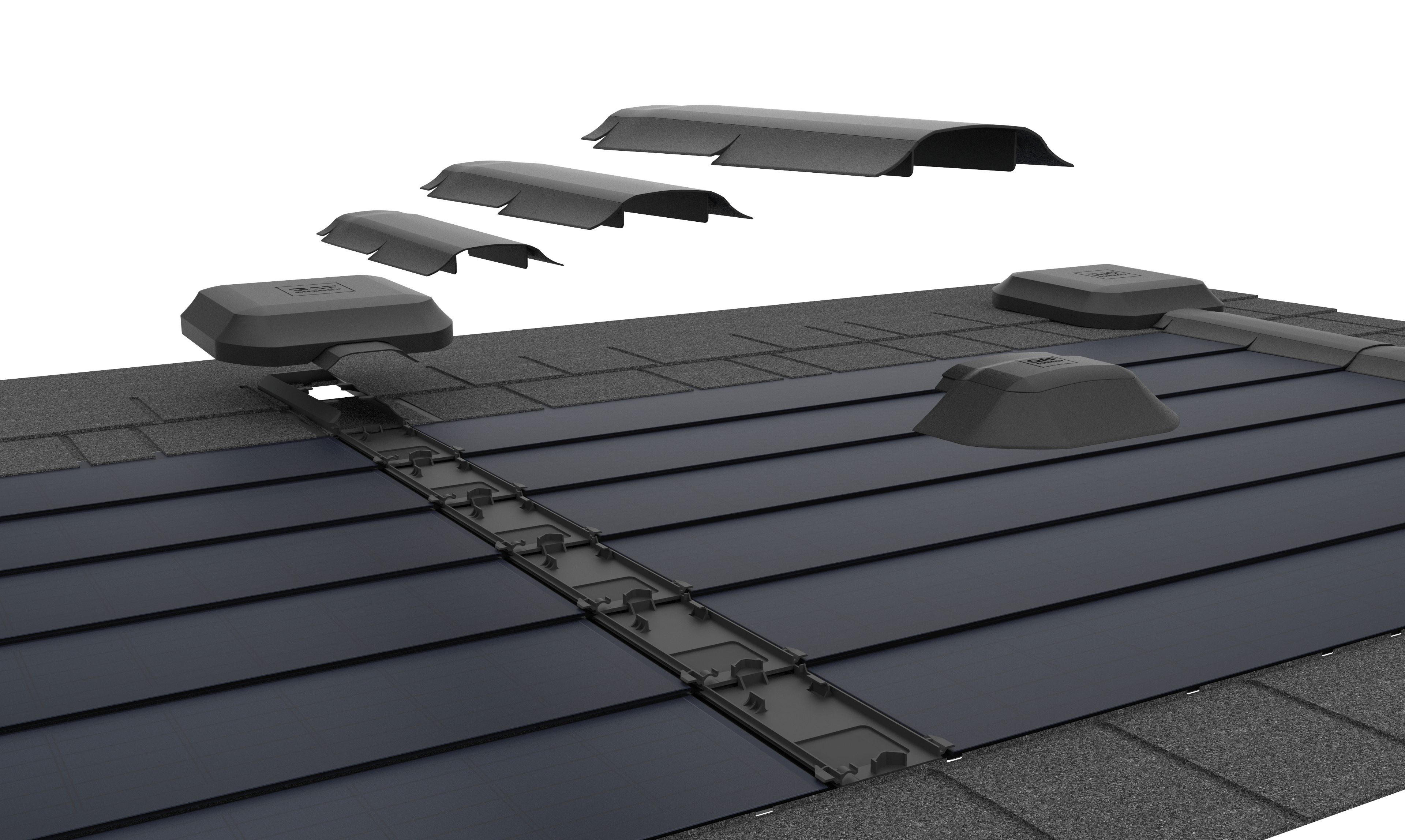 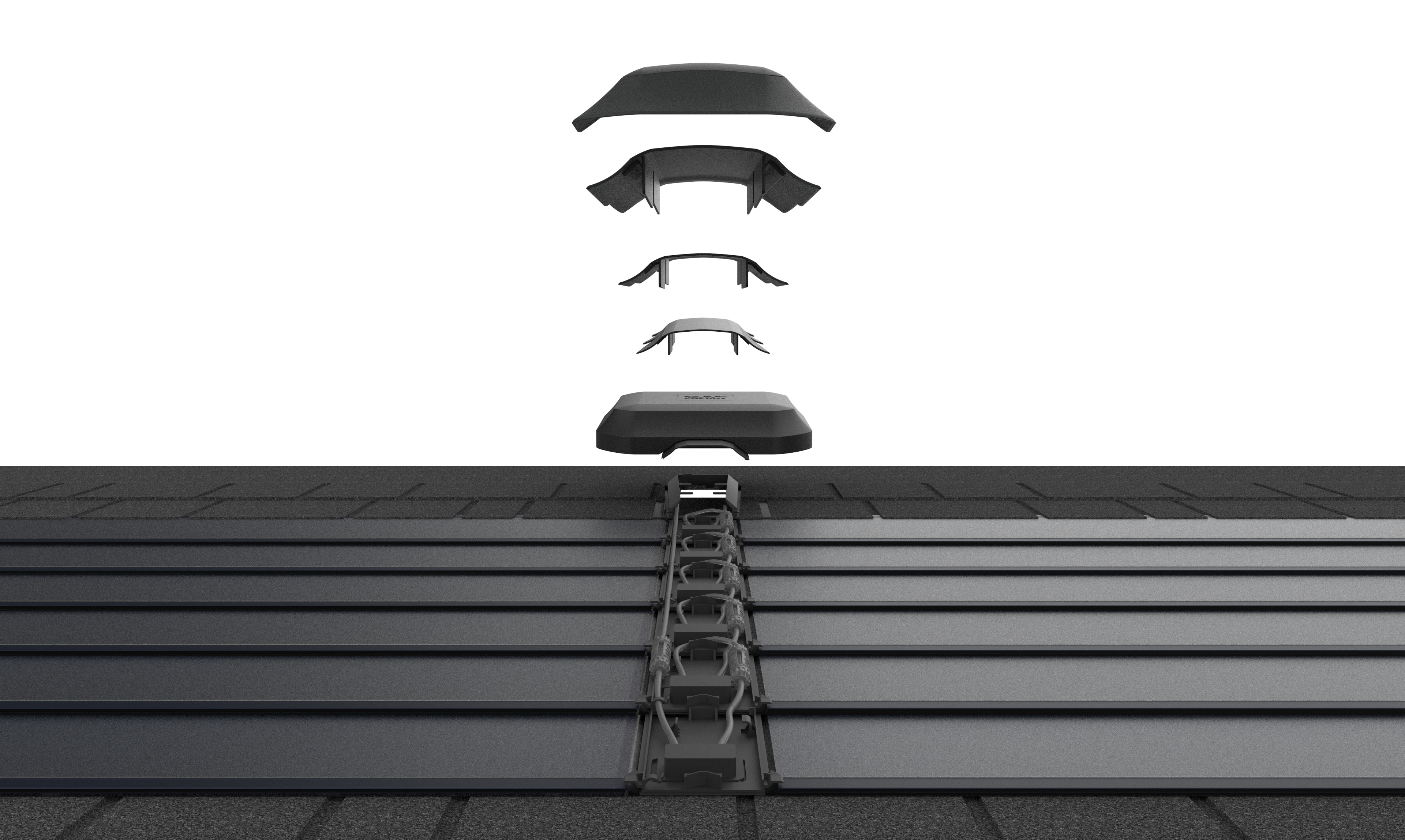